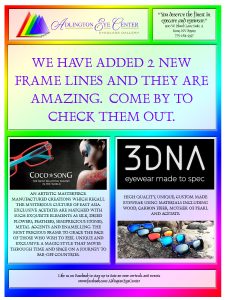 A recent e-mail reminded me that blindness can result in visual hallucinations.   This lead me to think of the ramifications of macular degeneration and the fact that it can cause central blindness, it affects an older population, and  might result in visual hallucinations.  It would be disorienting to have these hallucinations and easy to fear that those around you would jump to the conclusion that you were experiencing dementia, if you shared your symptoms.  For those of us who are caretakers of the elderly, this is something to consider, in an effort to be compassionate and to avoid an inappropriate diagnosis of dementia.  The news article follows:

Syndrome May Cause Visual Hallucinations In The Blind.

In an opinion piece in the New York Times  (11/4, SR5, Sacks, Subscription Publication), Oliver Sacks, MD, of the New York University School of Medicine, wrote about visual hallucinations experienced by blind people or the visually impaired. For example, in Charles Bonnet syndrome (CBS), "if the visual parts of the brain are deprived of actual input, they are hungry for stimulation and may concoct images of their own." Sacks pointed out that "a recent study of elderly blind patients in the Netherlands...found that only a quarter of people with CBS mentioned it to their doctors -- the others were too afraid or too ashamed. It is only when physicians gently inquire (often avoiding the word 'hallucination') that people feel free to admit seeing things that are not there -- despite their blindness."